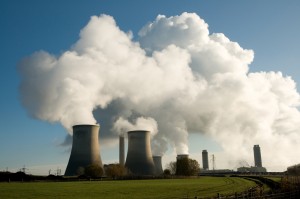 There was big energy news this week that FirstEnergy will be deactivating two coal-fired power plants in Pennsylvania – 1,710 MW Hatfield’s Ferry power station in Masontown, Greene County, and the 370 MW Mitchell plant in Courtney, Washington County. One reason is the cost to comply with EPA’s mercury and air toxics standards. Another is the cheap price of natural gas nudging coal generation to the side. And a big part of it is the lack of demand for electricity. Direct Energy comments.

With this announcement, the energy markets could potentially trade higher, at least initially as a “knee jerk reaction.” These EPA rules have been in place and most of the coal retirements should already be built into the price of natural gas, but we may see some buying in the 2015 and 2016 calendar strips as a result of this announcement. The idea is that the easiest way to replace the coal plants with clean energy is by building new gas generation plants. This would cause demand for natural gas to increase, which would help push up the forward markets.

What does this mean for energy consumers? Overall, the shutting down of these plants can be bullish to gas prices and potentially electricity prices, specifically in the West Penn Power and Duquesne Light territories. They will be the affected zones due to the plants being shut down.

Read the July 9 article from the Pittsburgh Post-Gazette.

One thought on “Pennsylvania coal power plants to shut down”