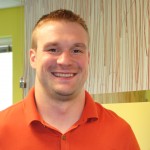 Randy graduated from Pennsylvania State University with degrees in Finance and Economics. After graduation, he launched his career at Griffon Energy Capital, LLC, a hedge fund located in Austin, Texas, where he worked as a trading assistant on the Natural Gas and Power Desks. Randy moved back to his hometown of Pittsburgh in January 2009 to work as a consultant for Co-eXprise, a firm focused on procurement solutions. He utilized his wholesale market experience to specialize in the procurement of electricity for large commercial and industrial users.

END_OF_DOCUMENT_TOKEN_TO_BE_REPLACED

Winter 2012-2013 has been virtually nonexistent, just like Manti Te’o’s girlfriend. Pittsburgh Steelers please don’t draft him, let the Browns have him. The lack of winter cold has brought the bears out, pushing the February 2013 prompt contract almost to its all-time low established way back in April 2012. Recently, the market has been bullish because of some colder weather and weaker natural gas storage numbers, including a recent storage report that showed the largest withdrawal in two years! However, longer term market outlook remains overall bearish, but not to the extent of 2012. Consequently, don’t expect natural gas under $2.00 MMBtu anytime soon.

Thus far, this has been a well above normal winter and only sustained below normal temperatures could normalize winter 2012-2013, which brings me to Groundhog Day. I am not talking about waking up and doing the same monotonous thing over and over again like Bill Murray. Fortunately, I don’t have those types of Groundhog days because I get to work with the gregarious and fun Mike Krygowski [a fellow blogger].

END_OF_DOCUMENT_TOKEN_TO_BE_REPLACED

Although the Pittsburgh Steelers failed to reach playoffs this year (I’m very torn up about this, but am also pumped that the NHL finally started its season), I was reading an article about the The Big Game going ‘green’. Did you know the NFL has an environmental program that has been around for 18 years? Last year, they set out to have the greenest game ever.

LED lighting brightly shined as the light source for the ball drop in Times Square on New Years Eve. What resolutions do you have to reduce your electricity use in 2013?